Bruised and Broken by Benita A. David 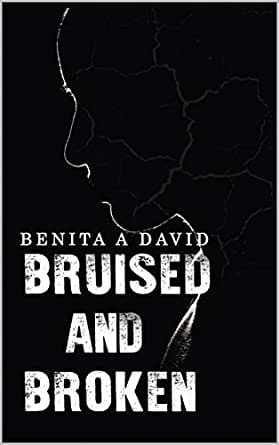 Hannah has had it rough. Be it her childhood or youth. She fell in love twice. And got her heart broken twice-the second time being the worst. When every last bit of hope was drained, she found herself facing her first love, the guy who hadn’t even really spoken to her and yet managed to disapprove of her love. But when he was extending a hand of care and affection and a possible liking, her past interceded.

She’s an old acquaintance. An acquaintance that developed a crush on him and was eventually turned down by him. 8 years later, here he is staring at her scarred face. She has run away and it was a spur of the moment decision to rescue her and take her to his home. As stupid as anyone would say his decision was, he found it compelling to save her from whatever or whoever she was running from. But who was she running from? And why is he suddenly developing feelings for the one he drove away years back?

It’s upto Matthew now to find out her fears, mend it and give her new hope. Could he give her a reason to believe again? To love again?

This story speaks of one of the social issues - domestic violence. As much as we claim gender equality, there are still women undergoing unspeakable torture. This story is about one such woman who could take it no more and has run away. What happens next and how her hopeless life turns around is what this story is about.

Sometimes beauty lies in the simplest of things and Bruised and Broken is one such simple yet beautiful story.

Hannah is found by Matthew in a hospital. She is badly bruised and hurt. Matthew wants to help her but is also afraid of the after effects of helping her.

Though the story is quite predictable, I loved the way the author has executed it. We see really strong characters and powerful dialogues. The essence and the emotions of the story have been maintained throughout.

Each and every character in the story comes out distinctly and leaves its impact on the readers.

There are no extravagant romance and action just a simple and a heartfelt story.

I definitely recommend it for a light and emotional read.