Sinbad and the Tomb of Alexander by Kevin Missal 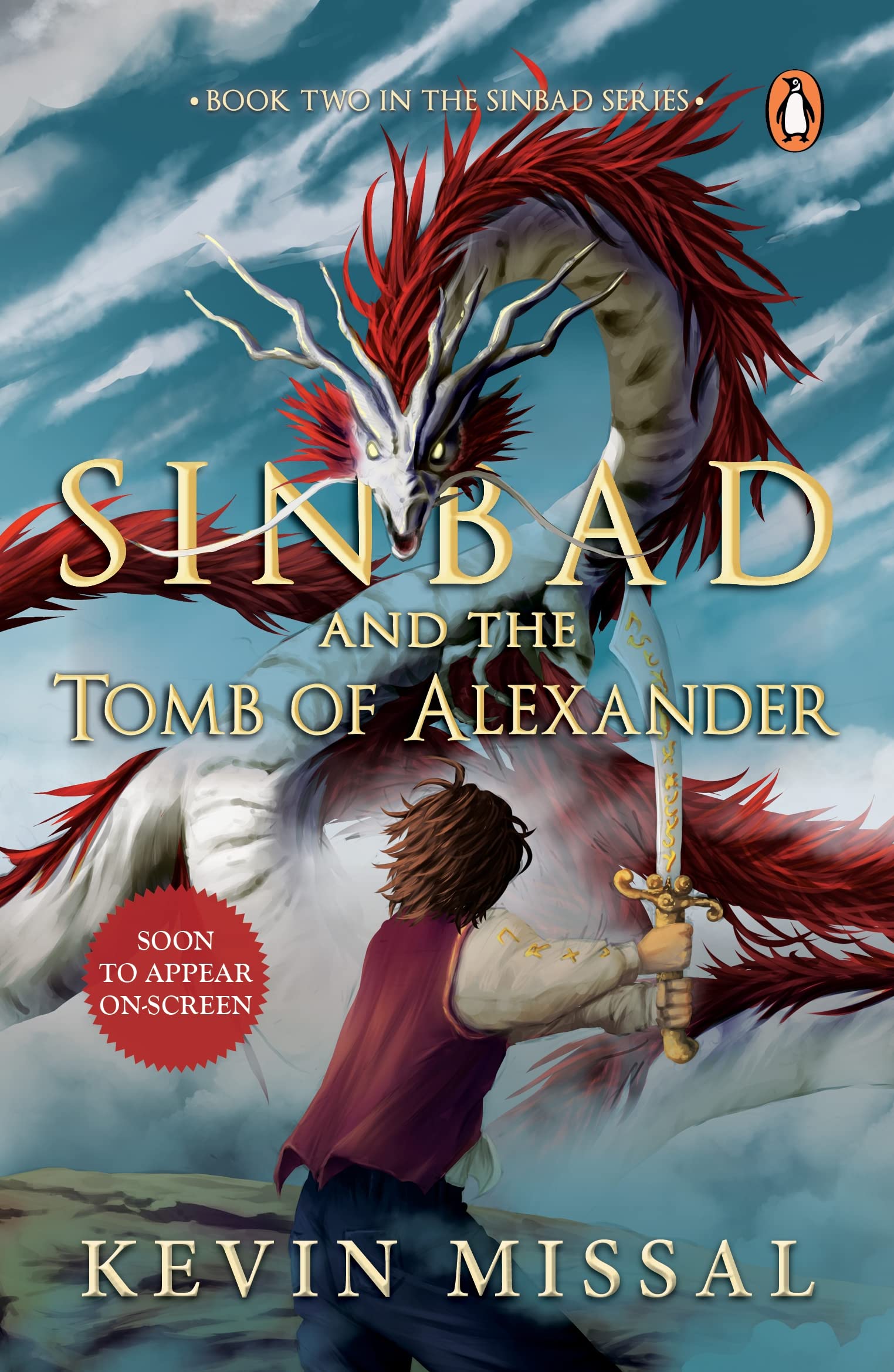 You would think having saved the world from Armageddon would have its perks, but sadly there are no happily ever afters. Because evil never sleeps. We battled the Angel of Death and prevented the trumpet of Israfil from being blown. But Iblis, the Devil King, is after yet another artefact that can bring him back to life.

Now my crew and I race against time to find the famed Water of Life. And as luck would have it, it is said to be hidden in the legendary tomb of-wait for it-Alexander the Great. What fate!

So here I am again, Sinbad the Sailor, pitted against Viking warriors, immortal Chinese alchemists, haunted isles and murderous golems, creatures of the dark . . . you get the drift. Then there is the Lame Archdemon, Admiral Sakhr, a foe far more sinister than I have ever encountered.

And on top of it all, my friends seem to be drifting away from me, as is the love of my life, Safeena, Iblis’s daughter.

Bestselling author Kevin Missal’s second book in the Sinbad series is a thrilling reimagination of the fabled sailor from the classic One Thousand and One Nights!

In Kevin Missal’s 2nd book in the Sinbad Series, Sinbad the sailor is on his journey to reach the tomb of Alexander to find the Water of Life.

The reader gets to join on his journey as he fights dragons, gholems, Viking warriors, and immortal Chinese alchemists with the help of his friends—witch, vampires and other pirates.

I loved the cover art and interior illustrations throughout the book.

This was my first time reading Kevin Missal’s work and I was pretty excited to read Sinbad’s story. And this story does offer great adventure. The reader gets to travel to mystical lands with a group of people having their own set of magical powers.

The readers can hear the clang of swords, see the sparkle of magic, and feel the claustrophobia of being attacked by squids.

The writing is style is simple and almost modern instead of being the expected vintage and fantasy-type language.

The book is an ode to love, friendship, trust, and duty.

I hadn’t read the 1st book in the series. Being a different adventure, it can be read as a standalone. However, just like any fantasy genre, there is character development and background stories that only take place over the course of the series. And to understand that, the series need to be read as a whole.

Directly reading part 2, I felt a lack of character building for most of the characters and why Sinbad felt so connected to his unlikely group of friends. I could only presume that it was covered in part 1, but little connections to part one would have been helpful.

Spoiler alert I also felt that the author has not been able to accomplish any goals he set at the beginning of this book. The book is only a journey, which reaches no solid destination by the end. Therefore, enforcing the point that the story needs to be read in series.

I am excited to read more books in the series.