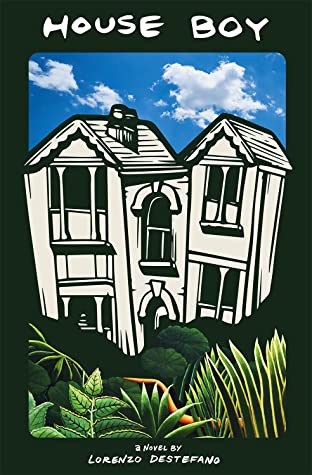 House Boy is a contemporary thriller set in Southern India and in the polite suburb of Hendon, North London. At 321 Finchley Lane, ancient traditions take root and prosper in our so-called civilized society. The lives of a boy from rural India, Vijay Pallan, and an Indo-British woman and her son, Binda and Ravi Tagorstani, collide as if decreed by history. Through Vijay, we experience the shocking realities of modern slavery, the human spirit’s boundless capacity for pain, and the ultimate blessing of one young man’s redemption and survival.

Lorenzo DeStefano’s House Boy is a painfully realistic page-turner that is both enthralling and horrifying. The book discusses the persistent caste discrimination and human slavery in India and never lets you forget them through the author’s haunting storytelling. As an Indian, as much as I hate to accept the lengths to which such crimes take place, I can’t turn a blind eye to the ground realities.

The characters are as human as they can be - complex and deeply motivated. In terms of world-building, DeStefano is consistently amazing. From Chettipattu to Chennai to London, he takes the readers not only into the character’s journey but also into the settings where it happens. Despite the harsh realities that it tackles, House Boy gives vivid imagery of the towns and cities involved in Vijay’s travels.

The characters are very well-rounded, and each character gives justice to its part. I love the efforts the author has put into creating an authentic Indian culture, and the caste bias is shown in the best possible way.

I must say, it has been an amazing rollercoaster ride of emotions-thrilling, scary, sad, and hopeful by the end. I was definitely not expecting the flood of emotions in the second half of the book, but it was a welcome retreat.

This book is a scary yet brutally honest display of the crimes in the name of caste and slavery. Filled with anger against social issues, this book is a gut-wrenching read. A great read that will ground you and make you check your privilege.