The Laser Eye Warrior: Legacy of Rudra by Dhyanesh 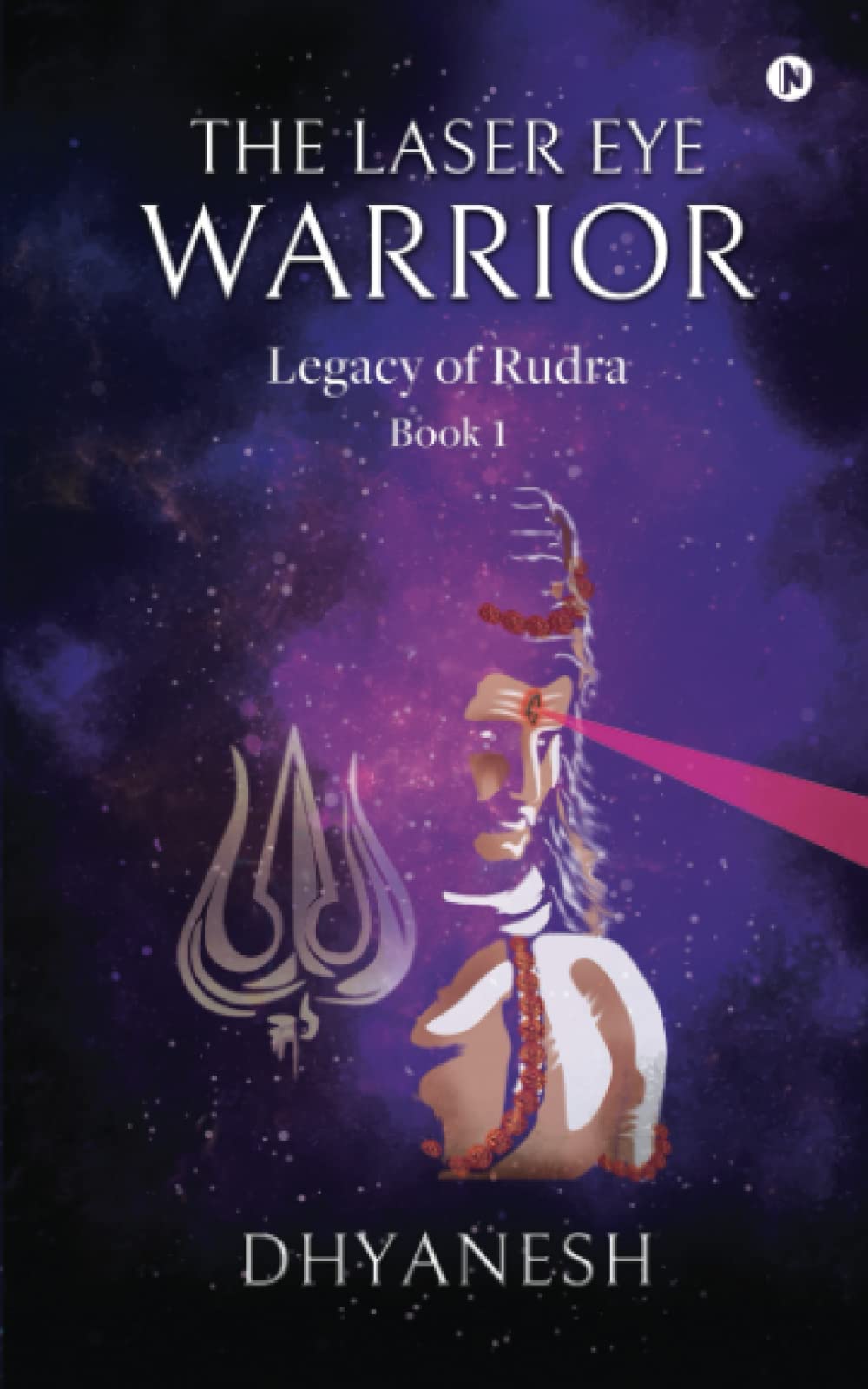 A celestial warrior prince, Given the unmatched power of Laser. Rudra, the prince of an interplanetary kingdom is set to get a throne he doesn’t want. His destiny―to become the destroyer of evil and the saviour of good. An obstacle stands in his way, his rage. His gift of the third eye―the laser eye―is a sophisticated and destructive weapon that needs to be harnessed. The Asuras have come up with the leverage that could destroy the universe―mindless clone warriors. A higher power instructs Rudra to stop it. Will he be able to control his anger and save the universe using his powerful weapon? Does he rule the universe in the end? Dive into the stellar world of Rudra and explore the stars like never before…

Indian mythology is taking over the hearts of readers lately. I find so many books in the market about Ram, Raavan, Sita, Draupadi, Krishna, etc., that I have lost the count. But the Hindu god that garners the most attention is Shiva.

Wikipedia: Shiva is one of the 3 principal deities of Hinduism. Shiva is said to be the controller of time itself and has the responsibility of carrying out the process of destruction at the end of creation. One of his 108 names is Rudra. Rudra is a Rigvedic deity associated with wind or storm, Vayu, and the hunt. One translation of the name is ‘the roarer’. In the Rigveda, Rudra is praised as the ‘mightiest of the mighty’. Rudra means ‘who eradicates problems from their roots’.

Dhyanesh, the 15-year-old author of the book, has made an excellent attempt at presenting the story of Rudra. Rudra is a celestial warrior prince, born with a gift—HIS THIRD EYE. When Rudra is in rage, his third eye opens up, destroying anyone in his way. The gift, therefore, becomes a threat to him and his loved ones as Rudra is innately an aggressive person. How Rudra learns to use his gift and fights against Asuras is the plot of the story.

We see a beautiful love story of Rudra and his lover and the warrior princess—Parvati, who helps him in the fight against Asuras.

The author doesn’t put much effort into modernizing the story. It is mythology and promisingly stays so. The world of mythology is turned, twisted, and manipulated to bring to life this piece of fiction, but never is the focus misplaced from the mythology we know.

What I love about the book is the simplicity of the writing and the complexity of the plot weaved together neatly to create a book that really hooks the reader. Dhyanesh definitely gives tough competition to other Indian mythology writers like Amish Tripathi, Chitra Banerjee Divakaruni, and Devdutt Pattanaik.