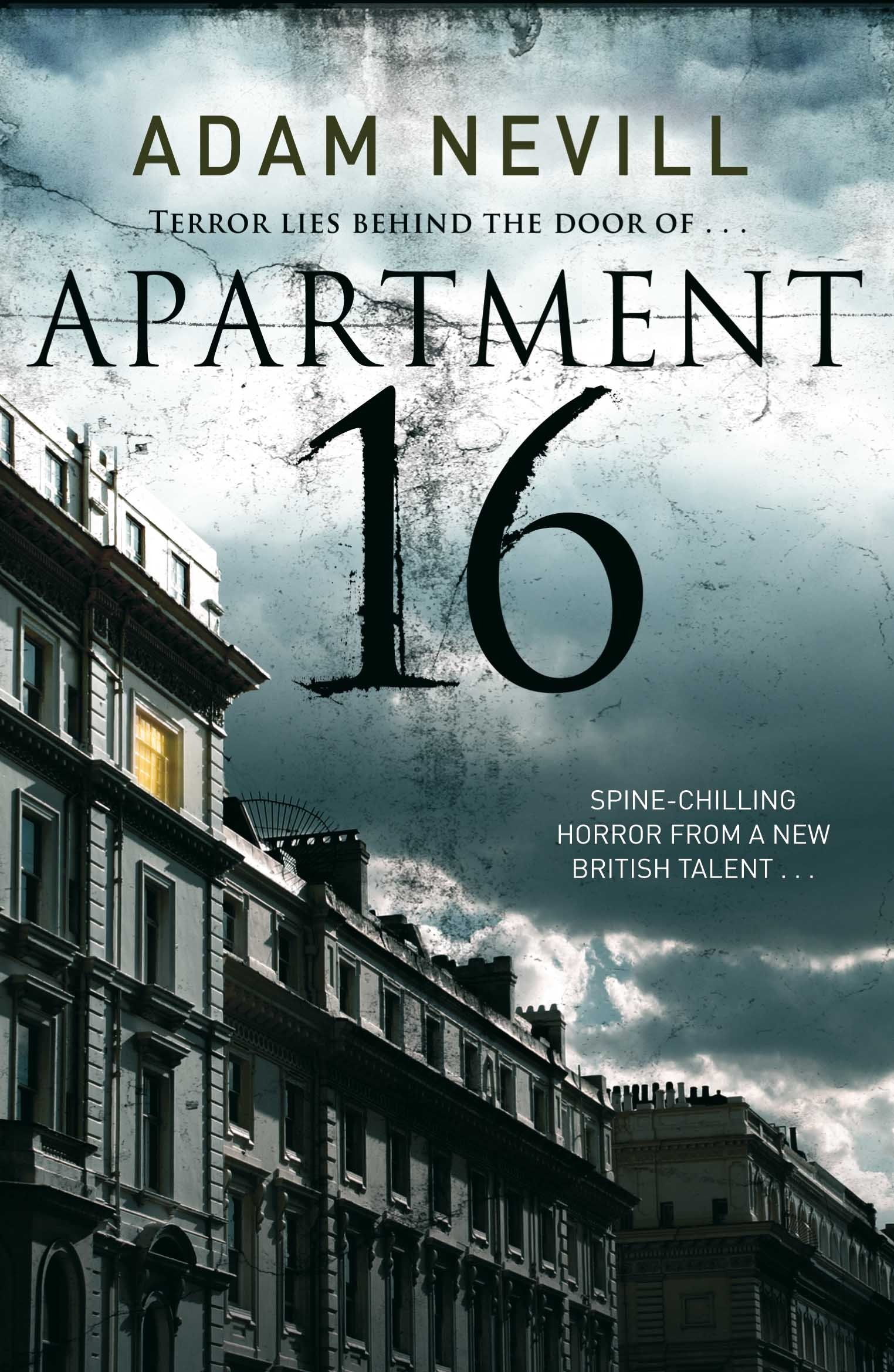 In Barrington House, an upmarket block in London, there is an empty apartment. No one goes in and no one comes out, and it’s been that way for 50 years, until the night a watchman hears a disturbance after midnight and is drawn to investigate. What he experiences is enough to change his life forever.

Soon after, a young American woman, Apryl, arrives at Barrington House. She’s been left an apartment by her mysterious Great Aunt Lillian who died in strange circumstances. Rumours claim Lillian was mad, but her diary suggests she was implicated in a horrific and inexplicable event decades ago. Determined to learn something of this eccentric woman, Apryl begins to unravel the hidden story of Barrington House. She discovers that a transforming, evil force still inhabits the building, and that the doorway to Apartment 16 is a gateway to something altogether more terrifying.

The Barrington House, an upmarket block, housing a crowd of rich residents, doesn’t really seem to be as rich and exotic in its interior. From the first page, it feels dark and spooky. The author has successfully set the tone and kept it throughout the story.

The story has two protagonists—Apryl and Seth. Both the characters present strong personalities. Apryl’s visit to her Great Aunt’s apartment makes her question the circumstances under which her Great Aunt Lillian, died.  Lillian’s diary expresses how she and her neighbours at the Barrington House are haunted by a man and what led to the death of her husband. The events turned her crazier with every passing day until she died. Apryl resolves to find out the cause of her death.

Seth, the porter and night guard, is drawn to apartment 16 of the Barrington House and gets dragged in a messed-up spiral of obsession that is reflected in his artwork.

Apryl and Seth slowly unfold the story from their perspectives till they finally come together and bring an end to the story.

Every character is well developed. Even the side characters are purposefully put in and have a significant role to play in the progress of the story.

Apartment 16 is not your classic ghost story. There are no pulling the sheets, messing with the lights, running in the woods, etc. It is much more intense and goes beyond the barriers of right-and-wrong and real-and-fake. The terror behind the door of apartment 16 is known to everyone but not yet witnessed by everyone.

The plot is unique and the back story gives depth to the characters. The story is a little slow in some places. But the author is able to build up the tension well.

The ending is unpredictable and lives up to the reader’s expectations.

This book fits the bill of a great Horror, Supernatural, Paranormal, Mystery, Thriller, and Fantasy Fiction. Highly recommended for this Halloween Season.