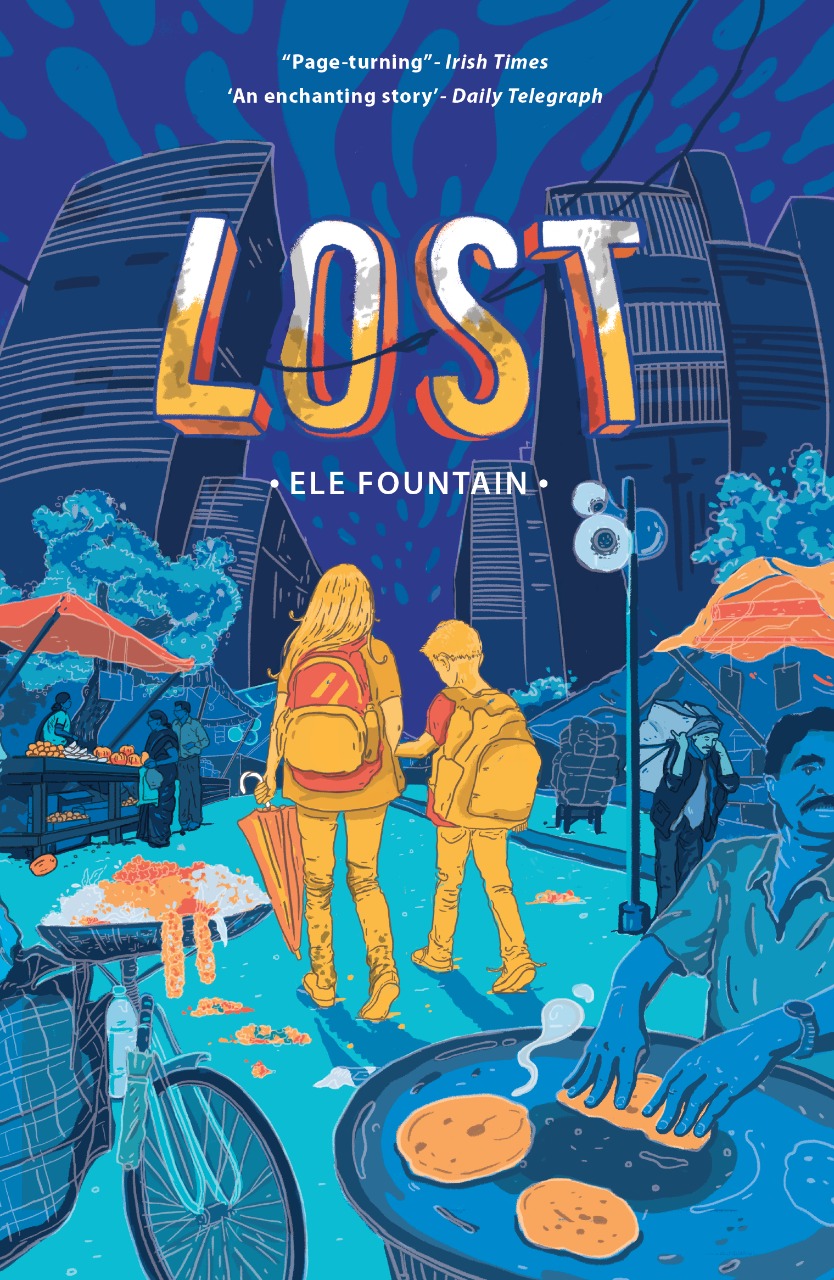 Lola’s life is about to become unrecognisable. So is Lola.

Everything used to be comfortable. She lived in a big house with her family, where her biggest problems were arguing with her little brother or being told she couldn’t have a new phone. But as one disaster follows another, the threads of her home and family begin to unravel.

Cut off from everything she has known before, Lola must find a new way to survive.

We often, consciously or unconsciously, judge people around us. We ignore or even worse, make fun of underprivileged people like ragpickers/street rats, without even knowing their story. No one chooses a bad life for themselves, the situation makes them do that.

After reading “Lost”, I do feel more empathetic towards those kids we see on railway stations, red lights, market areas, etc. Do we ever take a moment to think, how did they get there, were they born into the world of hopelessness, do they have a family or were they lost?

“Lost” is a very well written story. The author has done great work at presenting the location. The location and description of people around are such that the story could have taken place anywhere in the world. This way a wider range of audience is able to connect with the story of Lola.

The simplicity of the story as heard from the perspective of a 10-12 years old girl is able to capture the interest of theaudience aged 10+. There is a thrill and being-on-the-edge-of-the-seat excitement to see how Lola and survives on the streets, which is unlike her, given the fact that she has lived a pretty comfortable life, and her struggle to find her brother before it is too late.

The characters Lola, Amit, and Rafi are very lovable. We don’t see much of Amit, but enough to know that he a typical younger brother, teasing his elder sister and intruding on her girls’ hangouts.

Lola, like any other girl her age, loves to do fashion and chat with her friends on the internet. Her character transformation, from a girl looking for social validation to someone realising the importance of making choices herself rather than letting her friends or society make it for her, is something worth learning from.

Rafi is a street kid, who Lola finds while looking for a hideout. He is almost Lola’s age and initially appears to be mean like the other street kids. Rafi and Lola’s friendship grow over time, as they help each other in difficult situations, and so does the reader’s love for his character.

By the end of the story, I was going through mixed emotions. The feelings were the same as were being felt by the characters—happiness, sadness, guilt, hope, love, and void.

Definitely recommended for those who are looking for something emotional, simple, moving, about social issues, etc.