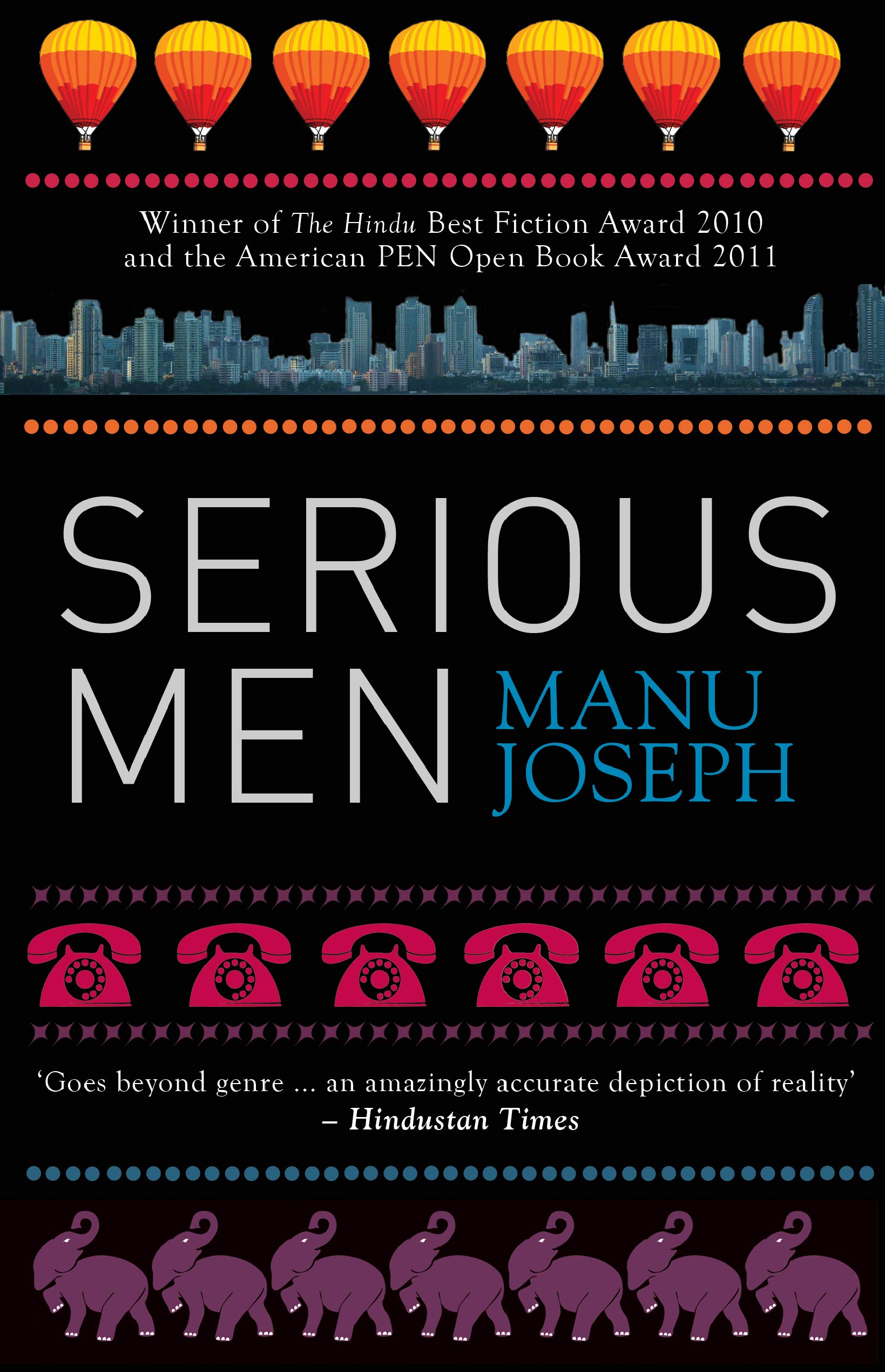 A poignant, bitingly funny Indian satire and love story set in a scientific institute and in Mumbai’s humid tenements.

Ayyan Mani, one of the thousands of dalit (untouchable caste) men trapped in Mumbai’s slums, works in the Institute of Theory and Research as the lowly assistant to the director, a brilliant self-assured astronomer. Ever wily and ambitious, Ayyan weaves two plots, one involving his knowledge of an illicit romance between his married boss and the institute’s first female researcher, and another concerning his young son and his soap-opera-addicted wife. Ayyan quickly finds his deceptions growing intertwined, even as the Brahmin scientists wage war over the question of aliens in outer space. In his debut novel, Manu Joseph expertly picks apart the dynamics of this complex world, offering humorous takes on proselytizing nuns and chronicling the vanquished director serving as guru to his former colleagues. This is at once a moving portrait of love and its strange workings and a hilarious portrayal of men’s runaway egos and ambitions.

“Serious Men” is a sometimes-hilarious-sometimes-serious take on the caste system and sexism in India. The so-called intellectuals of the research centre fail to recognize anything other than what satisfies their fragile ego.

We see the struggles of a woman in a position of authority. Oparna Goshmaulik, who is the only female researcher in the Institute of Theory and Research, has to go through the endless struggles that most of the women in India go through.

“She would smile when she learnt that the ladies’ rest-room on the third floor was called Ladies and the men’s was called Scientists. She would endure the men who inescapably fell towards her in the corridors and gave her guidance she never sought. She would try to pass through the long corridors of this place like a shadow, and she would fail every day.”

On the other hand, dalits, like Ayyan Mani, are still not considered suitable for white-collar jobs.

The book not only talks about these social issues but also parents’ unhealthy practices to ensure that their child earns fame in their society.

I liked Ayyan’s character. His desperate attempt to be on the top, to leave a better legacy for his son, Adi, and to fight the atrocities of brahmins are noteworthy, although sometimes extreme. He proves that one doesn’t need to be educated to understand the ways of the world. He is smart, well with words, a good listener, and uses his knowledge ingeniously.

The story is exceptionally well written. The author’s writing style is simple and realistic, which is easy to read and connects well with the readers. Even though I had watched the movie before I read the book, the ending was not expected. Ending in the book gives the readers closure yet the anticipation of what’s to come, while the movie ends up in confusion, letting the audience work out various theories.

A contrast between the book and movie:

I realised that even though the plot of the story in both the book and movie, are same, the storytelling is vastly different. I believe one can enjoy both of them without spoiling the other. However, I would recommend reading the book before watching the movie.