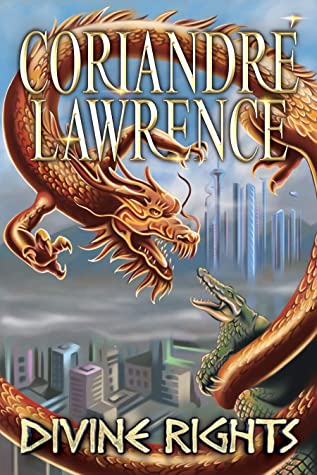 The politics in 2160 Jamaica never became what it intended, it changed. Escaping poverty was island peoples’ dream but in Troy’s eyes, he saw tyranny. Now a growing dynasty has forged Kingston into a commercial hub for the world and Jamrock into a tourism centrepiece. It was just politics, the League’s standard became a new thought and Jamaica is now an archaic concept. But energy lurks deep within the mountains and Divine Right still exists. Though League politics cloud Troy’s mind, Jamaican dreams echo across the oceans into time and space. And only his journey back to Kingston can restore his consciousness. His gifts are tested and thrusting his awoken memories into the reality of his time will only show the depth of his blood. But his reality brings a battlefield of decisions. Troy’s Jamaica is in crisis and the memories of his ancestors, once cloaked, now reveal a blissful island nightmare.

“Divine Rights” is a dystopian novella set in the year 2160 in Jamaica. Jamaica is running under the oppressive rule of the League. While the people seem to be satisfied, to Troy they do not appear to be happy. He wants to rebel against the tyranny of the League. To give the shortest description of the book, I would say, George Orwell’s 1984 meets a futuristic Jamaica.

The book has drama, suspense, and a lot of food for thought. With food for thought, I mean that the book has an open ending. You rarely come across such a book which leaves a lot for the reader to comprehend while providing just the right amount of information, still keeping the reader hooked to know more.

The plot is quite refreshing. But the length of the story keeps the reader from having deep insights into the lives of the characters. The information regarding why they do what they do need to be added in some places. A bit more work on the character development and editing would have been better. The use of their dialect was a bit confusing. They were constantly switching between English and the local dialect.

I love the world-building done by the author. I could imagine myself being in the high-tech cities of futuristic Jamaica. Troy’s purpose and his journey are well described in the story. You feel like a part of his struggle in his quest for the betterment of his country.

I truly believe that this story has the caliber to be turned into a full-sized novel and hope that the story has a sequel.