The Awakening by Grant Langley 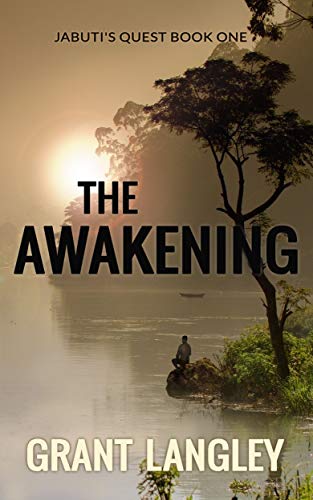 Some secrets are better left untold Jabuti will stop at nothing to uncover the truth about his childhood. Suffering personal tragedies that would defeat a lesser man, he seeks advice from the wise old shaman. What he hears on that fateful morning propels him on a hazardous expedition deep into the heart of the rainforest. With blood-curdling tales of savage cannibals and crooked white men who seek to exploit the innocent, he departs with trepidation. Joined by his two close friends they embark upon an epic quest that imperils them at every turn. In this charged atmosphere two different civilisations will clash most brutally with cataclysmic consequences.

Jabuti had a very disturbing life. His father left him, and his mother died while giving birth to him. He blames himself for all of that. But later he realizes that whatever he had known had all been a lie. He decides to go on a quest to find out the truth himself. Jabuti is an extremely emotional person. He is very unstable. He is easily depressed whenever he talks about his parents. The constant breakdowns on the mere mention of his parents, honestly, was kind of irritating. His friends Wanadi and Mapi, who joined him on his quest, didn’t play a major role. They were just add-ons in the journey. Although they did save each other in times of danger, they were not very much emotionally supportive of each other. They didn’t seem like friends since childhood. I didn’t see the kind of comfort level amongst them as you see in best friends. Newer friends were more emotionally attached than these three. The plot of the story was interesting, and the twists kept me hooked. But lack of emotions was a turn-off. I would have loved if there were some real emotions, not just Jabuti crying over something he had no control over. A little more background about Wanadi and Mapi, and a part of the story from their point of view would have been great. Being a part of Jabuti’s Quest Trilogy, cliffhangers were expected, keeping you looking forward to what is next to come.