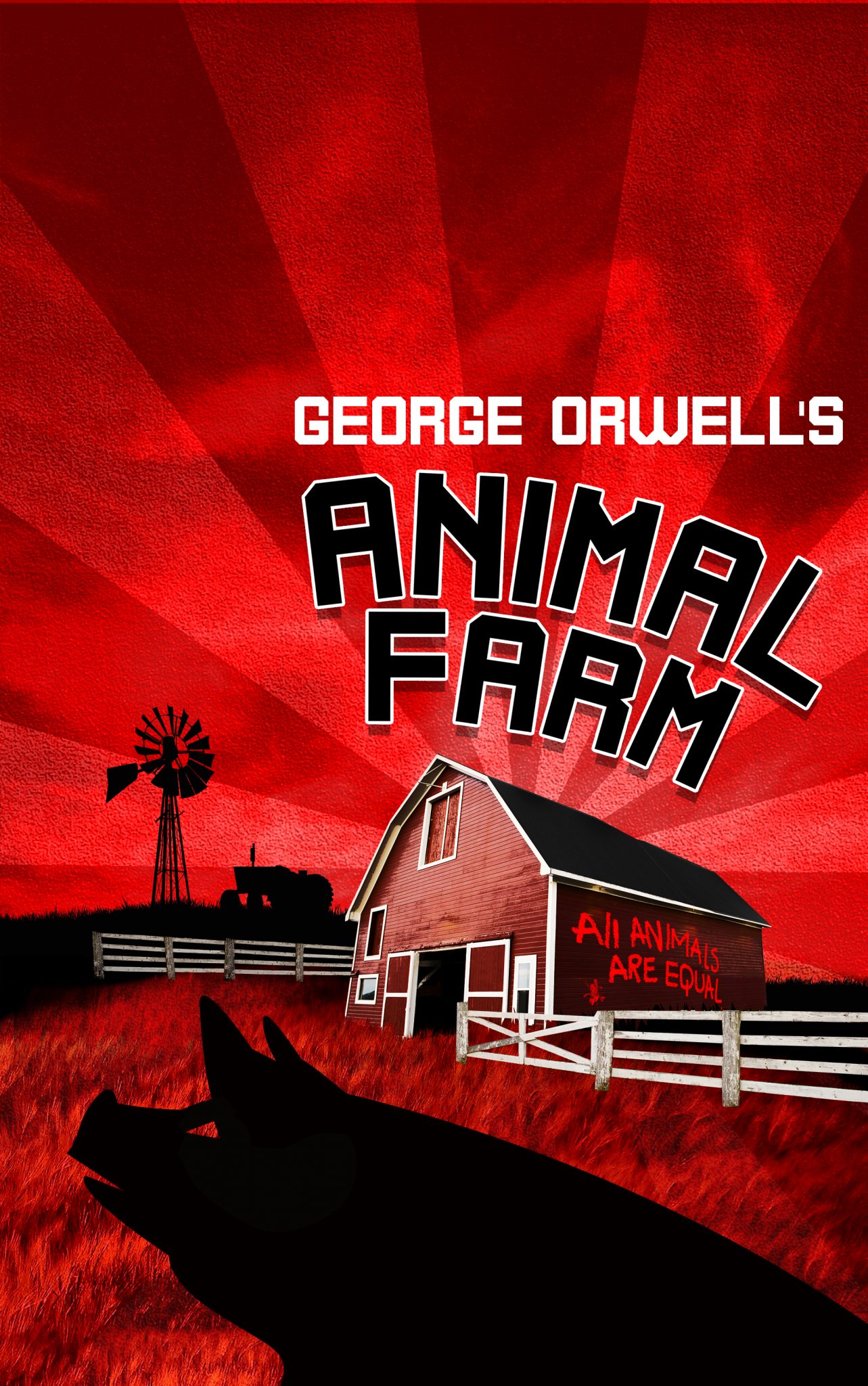 A farm is taken over by its overworked, mistreated animals. With flaming idealism and stirring slogans, they set out to create a paradise of progress, justice, and equality. Thus the stage is set for one of the most telling satiric fables ever penned –a razor-edged fairy tale for grown-ups that records the evolution from revolution against tyranny to a totalitarianism just as terrible. When Animal Farm was first published, Stalinist Russia was seen as its target. Today it is devastatingly clear that wherever and whenever freedom is attacked, under whatever banner, the cutting clarity and savage comedy of George Orwell’s masterpiece have a meaning and message still ferociously fresh.

Animal farm is a political satire written by George Orwell. As the novel begins, we can see all the animals frustrated of their owner, Mr. Jones. They believe that they are being overutilized and not even given enough food to survive. The last straw is blown when Mr. Jones forget to feed the animals one day.

The pigs decide to start a revolt against the humans and convince all the other animals to join them.

Initially what started as a group effort, later turned into a fight for power.

Pigs being the only animals to be able to read became the leaders of the rebellion. Initially everything was shared equally amongst all the animals and the rules decided for the group were inclusive of everyone. But gradually the greed for power took over the philosophy of united animals. The rules were changed as per the convenience of the pigs.

It is a mockery of the political leaders who first try to influence the public by giving them incentives and later taking it all away without the public even realising what they are losing.

The book was written in 1945 and 2020 is just round the corner. 75 years of this masterpiece and it still doesn’t fail to mesmerize us by throwing at us the brutal reality of politics and power.

George Orwell as always has succeeded in setting up an environment which is realistic and believable (ofcourse not with animals though).

The dialogues are powerful and character development is great. The greed for power of some animals, the ignorant attitude of some, while some being the puppets of the powerful is just the public everywhere.

I tried an audiobook for the first time. I just searched for an audiobook on YouTube and found one narrated by Hosam Hamed. The narrator has not just narrated the story but performed it with his expressions, voice modulation and mimicry.

Overall the book is amazing and I believe it is even more fun if narrated by someone. I felt like a kid again, listening to a bedtime story.

I highly recommend this book!