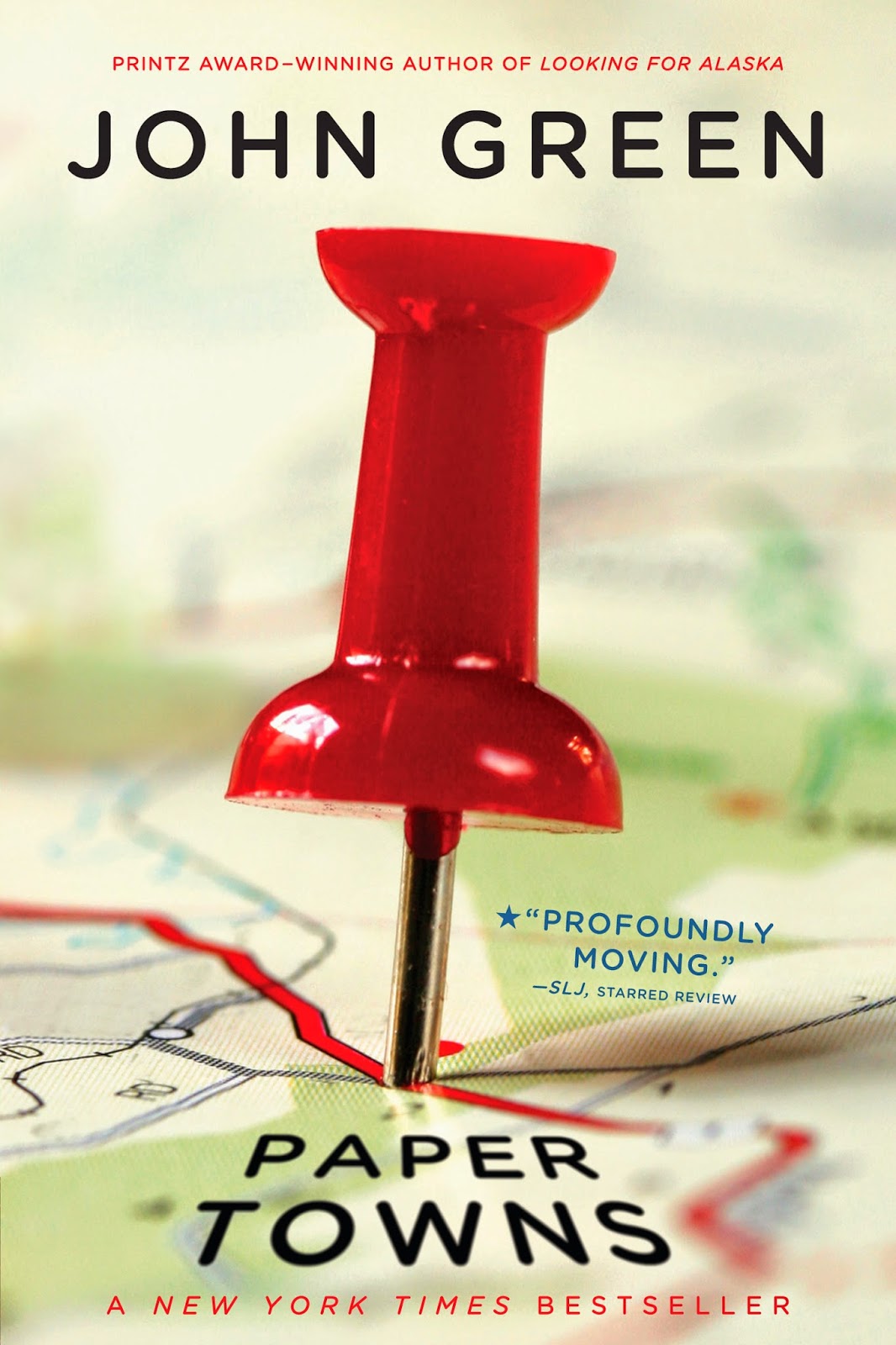 Quentin Jacobsen has spent a lifetime loving the magnificently adventurous Margo Roth Spiegelman from afar. So when she cracks open a window and climbs into his life—dressed like a ninja and summoning him for an ingenious campaign of revenge—he follows. After their all-nighter ends, and a new day breaks, Q arrives at school to discover that Margo, always an enigma, has now become a mystery. But Q soon learns that there are clues—and they’re for him. Urged down a disconnected path, the closer he gets, the less Q sees the girl he thought he knew…

Quentin Jacobsen is a usual teenage character having usual problems, and bunch of friends who are crazy.

And then there is Margo Roth Spiegelman, an adventurous girl. The one Q has a crush on since their childhood. The one who has now turned into a mystery, which Q has to unravel The book is filled with drama, suspense, and humour. John Green as always never ceases to surprise his readers with his wit and philosophy of life. Margo leaves a number of clues, intentionally as well as unintentionally for Q to find her. Gradually as Q join the dots, and as closer he gets to find her, the more he realises that this is not the Margo he once knew.

Margo leaves the clues from Woody Guthrie’s album to Walt Whitman’s Song of Myself. The clues are all over but not enough for a normal person to narrow it down to one particular place, where Margo could be found. But with his luck and his friends’ support, Q is going to find more than he thought he would. I won’t say that this book is something inspirational or motivational, since Margo runs away from her home, leaving behind her family and friends. But it definitely is a story about friendship. Margo thought that all of her friends ditched her, but the truth is there were people who genuinely cared about her. We always expect the people not to be themselves. We want them to behave the way we are comfortable with. And that is what the other person also thinks. This creates clashes and we think the other person don’t like us. Instead it is just what they are. You can’t change what you are. Similarly others can’t change what they are. And learning this basic thing could solve a hell lot of problems in our lives.

Thank you John Green for teaching your readers the basic life lessons.

I don’t even need to say this, but this book is definitely recommended.