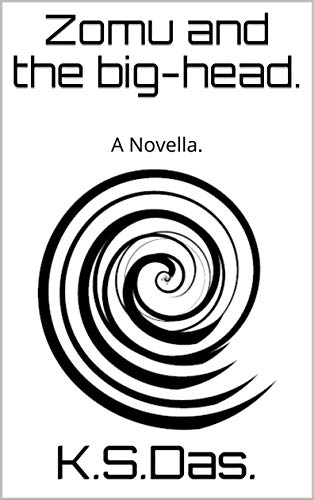 Appearing sane is a task for Zomu. He goes to a place he had never been to; there he meets ‘The Big-head’. He is the mystic, the magician. Zomu knows ‘the big-head’ has all the answers, and ‘the big-head’ knows, Zomu has all the right questions. Both of them had waited for each other, all their life. But Zomu is afraid and shy of asking out all those right questions. The big head, the all-knowing; has some unheard of methods to get inside Zomu’s small head and get those questions out. The drama, the mystery, the thrill, and bundle of emotions unfold as ‘the big-head’ try out his unheard of methods on Zomu.

Zomu and the Big-head is an interesting story based on real life incident which is told about at the end of the story.

It is a story about substance abuse, addiction and a psycho killer.

Initially starting as a simple story of a shy guy Zomu, going to bank to open an account, you gradually realise there is something more to it. Incidents start to catch your attention as you begin to realise that something peculiar is going on.

It is an unconventional, and an intriguing story.