The Underdog Parade by Michael Mihaley 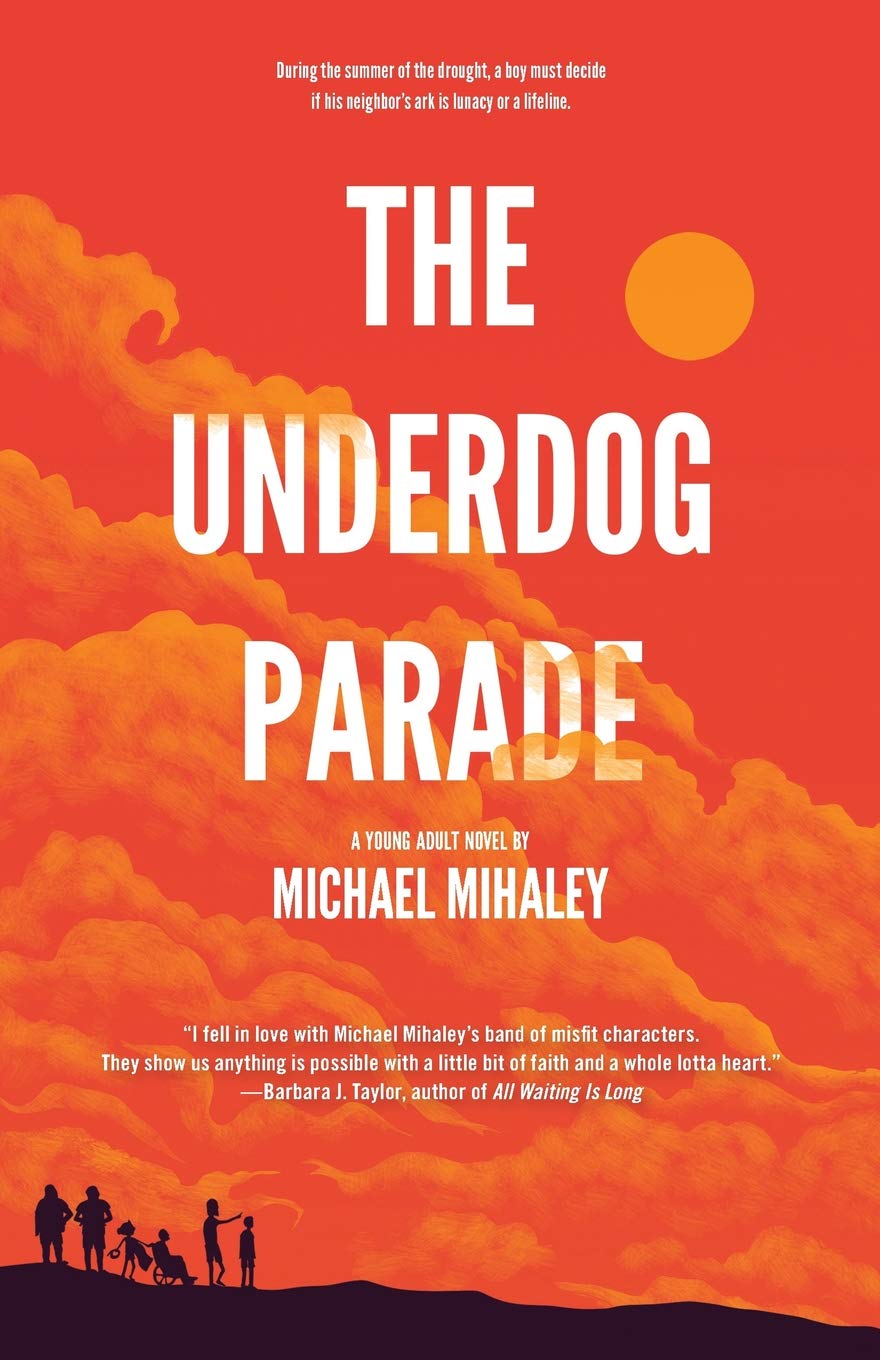 During the summer of the drought, a boy must decide if his neighbor’s ark is lunacy or a lifeline.

It’s the summer of the drought, but thirteen-year-old Peter “Nemo” Grady has bigger problems on his mind than the weather. He hates his new home in the exclusive golf club community Willow Creek Landing. His parents are always fighting and he can’t escape the memory of his last seizure—when he flopped around the gymnasium floor like a fish out of water—earning him his dreaded nickname. To top it all off, Peter has no friends, but he receives plenty of unsolicited attention from Chipper, the boy scout super-bully who also happens to be a resident of Willow Creek. His only companion is his little sister, CJ, who thinks she is Wonder Woman.

Peter is all too aware that you don’t need rain in the forecast to have dark clouds overhead.

Things change when he meets his new neighbor, the mysterious Joshua, who predicts the drought will end with a storm of biblical proportions. Peter looks to his visiting, wheelchair-bound Uncle Herb, and his neighbors, Mr. James and Mr. Terry, for guidance as Josh prepares for imminent doom. With each passing day, Peter realizes that sooner or later he will have to rely on the strength of the lamest, most jelly-weak individual he knows—himself.

I really liked the plot of the story. It revolves around themes like bully, adjustment problems at a new place, living with a person with disability, family problems etc. It is simple and can even be read to students since there is a lot to learn.

Each character was given equal space to present themselves

Characters are developed very intricately and realistically. You can actually connect to them.

Story is slow. I got through the book at a very low speed. It was difficult to keep up the interest for a long time. But it was able to hook me by the last few chapters.

If you can keep up with a slow paced but a good story, then I would recommend this book.