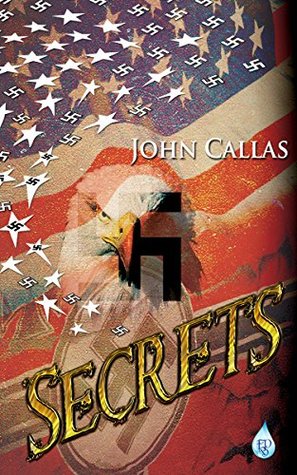 From the dark genius of wartime Nazi Germany, a secret strategy for world domination has come to the 21st century. A conspiracy too chilling to be believed . . . until it’s unleashed. The son of a hero who gave his life fighting this evil must now take up his father’s mission, and with his beautiful fellow agent meet the shadowy enemy - in the streets, in the frozen Arctic, and in the emptiness of space itself.

Secrets is an emotional rollercoaster with lots of unpredictable twists. It has everything from love and action to humour and terror. It kept me hooked since the initial pages.

It literally takes you to the moon and back. There are lots of characters in the story which confused me at some points. Nonetheless, it is by far one of the best books I have read this year.

Any further description about the greatness of this book will end up in me giving spoilers. (I would never want to spoil any book for the readers.)

There were some loose ends in the novel making it capable of having a sequel. And the good news is that it is going to have a sequel soon!!