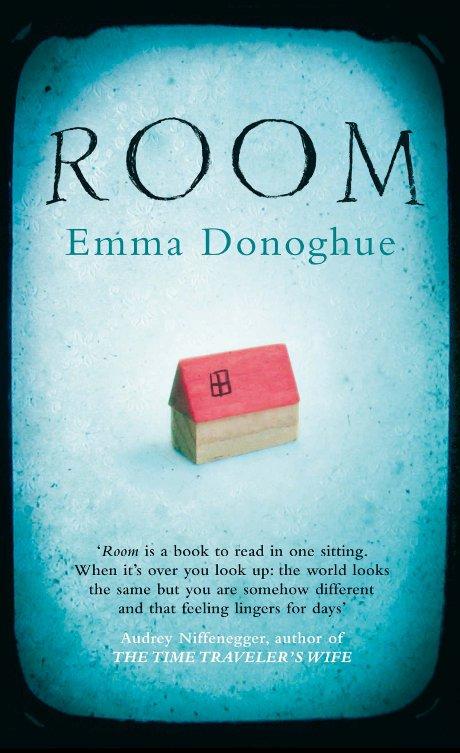 To five-year-old-Jack, Room is the world….

Told in the inventive, funny, and poignant voice of Jack, Room is a celebration of resilience—and a powerful story of a mother and son whose love lets them survive the impossible.

To five-year-old Jack, Room is the entire world. It is where he was born and grew up; it’s where he lives with his Ma as they learn and read and eat and sleep and play. At night, his Ma shuts him safely in the wardrobe, where he is meant to be asleep when Old Nick visits.

Room is home to Jack, but to Ma, it is the prison where Old Nick has held her captive for seven years. Through determination, ingenuity, and fierce motherly love, Ma has created a life for Jack. But she knows it’s not enough … not for her or for him. She devises a bold escape plan, one that relies on her young son’s bravery and a lot of luck. What she does not realize is just how unprepared she is for the plan to actually work.

Told entirely in the language of the energetic, pragmatic five-year-old Jack, Room is a celebration of resilience and the limitless bond between parent and child, a brilliantly executed novel about what it means to journey from one world to another.

Room is a story about the life of a 5-year-old protagonist.

The protagonist (Jack) and his Ma live in a room where they have no access to the outside world except a television.

It is an innocent and touching story about the two, their escape plans and life outside the room.

There are various instances where the author has successfully maintained the innocence in the character of Jack… Describing Sun as ‘yellow face of God‘. Writing ‘Ma’s other name’ instead of actually writing the other name.

It is a beautiful story and a definitely recommended for those who are looking for a simple read.